Xplore is the most exciting opportunity in commercial space. 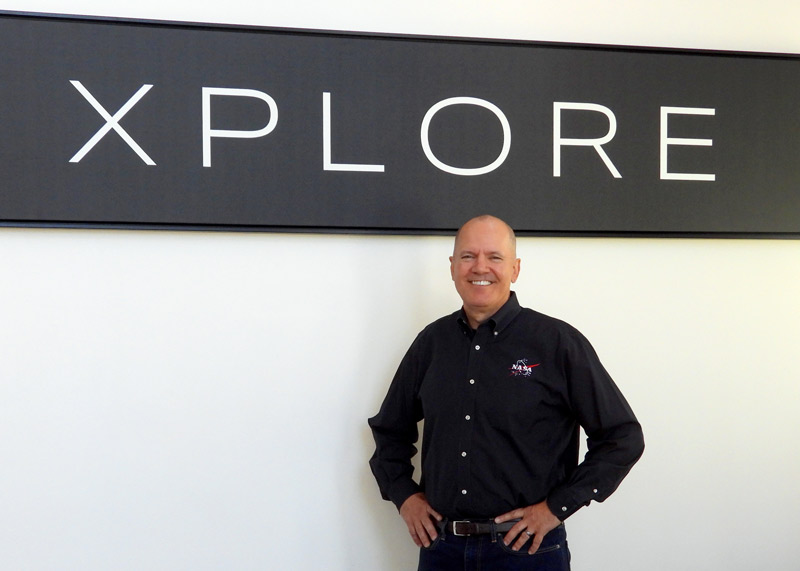 Xplore Inc., a commercial space company providing Space as a Service® today announced that Paul Richards is joining the company's executive leadership team as co-Chief Technology Officer and Chief Engineer. Richards brings multifaceted expertise from his substantial career in the private sector, academia, and government service at NASA Goddard Space Flight Center (GSFC). His many achievements include working at Johnson Space Center (JSC) and serving as a NASA astronaut on missions and EVAs on the International Space Station (ISS).

Xplore Founder and Chief Operating Officer Lisa Rich said, "We are thrilled to welcome Paul to our exceptional team. His decision to move across the country to fulfill this highly unique and challenging role speaks volumes. Paul’s engineering expertise, track record of excellence and execution, and relationships with NASA, government customers and partners will further Xplore’s mission to advance commercial space."

Richards will be based at Xplore Campus – the company’s 22,000 square foot spacecraft manufacturing facility in Redmond, Washington. He will lead the company's team of engineers as they build the Xcraft® platform exquisitely designed for space exploration missions in low Earth orbit (LEO) and cislunar space. Richards will expand business opportunities for LEO missions with US Government customers and commercial companies.

Paul Richards said, "I tapped my network to find the most exciting opportunity in the commercial space industry – and found it at Xplore."

Richards will lead the company’s team of engineers as they build the Xcraft® platform exquisitely designed for space exploration missions in low Earth orbit (LEO) and cislunar space.

Richards' early career highlights include being selected as an astronaut in 1996 as a Mission Specialist. Launching aboard Space Shuttle Discovery (STS-102) in 2001, he was on the first ISS crew rotation mission and performed a 6 hour and 21-minute spacewalk. As an engineer at GSFC prior to his time at JSC, he innovated the astronaut tools for the Hubble Space Telescope repair missions.

After working in the private sector, Richards spent most of his career at GSFC, where he held leadership positions on programs such as the Laser Communication Relay demonstration in the Satellite Communications and Navigation Program and for the Geostationary Operational Environmental Satellite Series-R (GOES-R) constellation.

Paul Richards served in the United States Naval Reserve for much of his career. In academia, he has been a dedicated member of the Drexel University College of Engineering Advisory Board, serving as chairman since 2016. Most recently, Richards served as Vice President and Chief Technology Officer for Genesis Engineering Solutions in the private sector, where he crafted strategic business development roadmaps to bring technology and products to market.

Richards said, "Over the years I have had the privilege to experience many amazing adventures. Now, I am excited for a new adventure, on a new coast, with a NewSpace start-up, Xplore. Exploration never gets old."