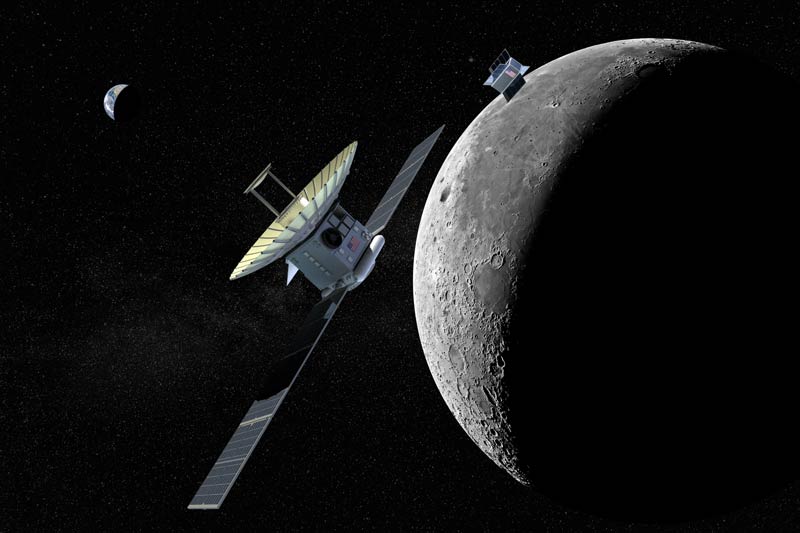 August 24, 2021, Redmond, Washington - Xplore Inc., an innovative commercial space company providing Space as a Service® has announced a follow on contract with the U.S. Air Force, (USAF) to continue developing their positioning, navigation and timing (PNT) solution as a commercial service for cislunar space. Xplore’s current Phase II effort culminates in a hardware in the loop testbed that will demonstrate the required performance to enable precision cislunar missions while laying the foundation for a subsequent on-orbit test of the PNT system. This Phase II SBIR, awarded for commercial and technical innovations between the Earth and the Moon, provides the Air Force with the necessary capabilities to extend precision operations to the Moon and across cislunar space.

The PNT system Xplore is developing enables exploration, operations and commercial activities in cislunar space -- a vast region that extends past the Moon to the edge of interplanetary space and is over ten thousand times the volume than nearly all space operations around the Earth. An equivalent GPS-like navigation and timing solution for this expanse does not currently exist, and Xplore’s revolutionary solution leverages its internal platform development to provide critical infrastructure services beyond geosynchronous orbit.

Xplore’s cislunar PNT architecture will support the increased cadence of activity at the Moon.

Xplore Founder and Chief Operating Officer Lisa Rich said, "Xplore is developing a first-of-its-kind cislunar architecture that ultimately allows for communication, data distribution and transportation beyond Earth orbit. With dozens of international, government and commercial Lunar missions planned over the next decade, Xplore’s commercial PNT service will support this increased cadence of activity at the Moon." Xplore’s innovative solution to providing PNT services across cislunar space was developed by Xplore Founder and Chief Technology Officer, Dr. Darren Garber who is leading the Phase II effort.

Navigation and communication considerations are core to Xplore’s strategy to accelerate the commercial space economy and expand it beyond Earth orbit. The company's game changing PNT capability speaks to the USAF SBIR program goals to fund revolutionary, relevant and responsive technology. Xplore’s PNT system is enabled and will deploy by the Xcraft®, their multi-mission ESPA-class space vehicle capable of supporting missions across cislunar space and operating from Venus to Ceres; missions include Earth-Sun Lagrange points and near-Earth asteroids (NEAs). In parallel, Xplore has been advancing the design of the LightCraft™, an advanced solar sail-based vehicle with L.Garde as another potential deployment option for the cislunar PNT system.

Xplore will offer a multi-tiered services solution to customers operating in the cislunar region. The architecture’s objective is to be extensible to accommodate current and future systems, and options for expansion are in alignment with current internal efforts and contracted work for other U.S. government customers.

Founder Lisa Rich said, "Xplore is proud to lead the development of critical PNT architecture that aligns with initiatives of the U.S. Air Force Research Laboratory’s Space Vehicles Directorate and supports the evolving goals of the U.S. Space Force. Our new capability expands the marketplace for cislunar missions and enhances the sustainability of our business for a wide array of customers ranging from commercial efforts to other U.S. government programs."

Xplore is proud to lead the development of critical PNT architecture that aligns with initiatives of AFRL/RV and supports the evolving goals of the U.S. Space Force.

Xplore is an innovative commercial space company offering Space as a Service®. The company is a one-stop shop that provides mission design, payload integration, testing, launch procurement, mission operations, ground communications and data product distribution – all under one roof. Their end-to-end solutions accelerate and streamline missions to space, achieving significant time and cost savings for customers that include commercial companies, NASA, NOAA, the U.S. Air Force and the U.S. Space Force. Xplore provides hosted payloads, communication relay services and exclusive datasets to its customers via the Xcraft® and LightCraft™, the company’s multi-mission spacecraft. Xplore’s mission is to expand robotic exploration via commercial missions at and beyond Earth, to the Moon, Mars, Venus, Lagrange points and near-Earth asteroids for commercial companies, national space agencies, national security agencies, sovereign space agencies and non-profit entities.