Xplore Sponsors Xtronaut 2.0 Kickstarter Campaign, Donates Space Games to The Boeing Academy for STEM Learning at The Museum of Flight 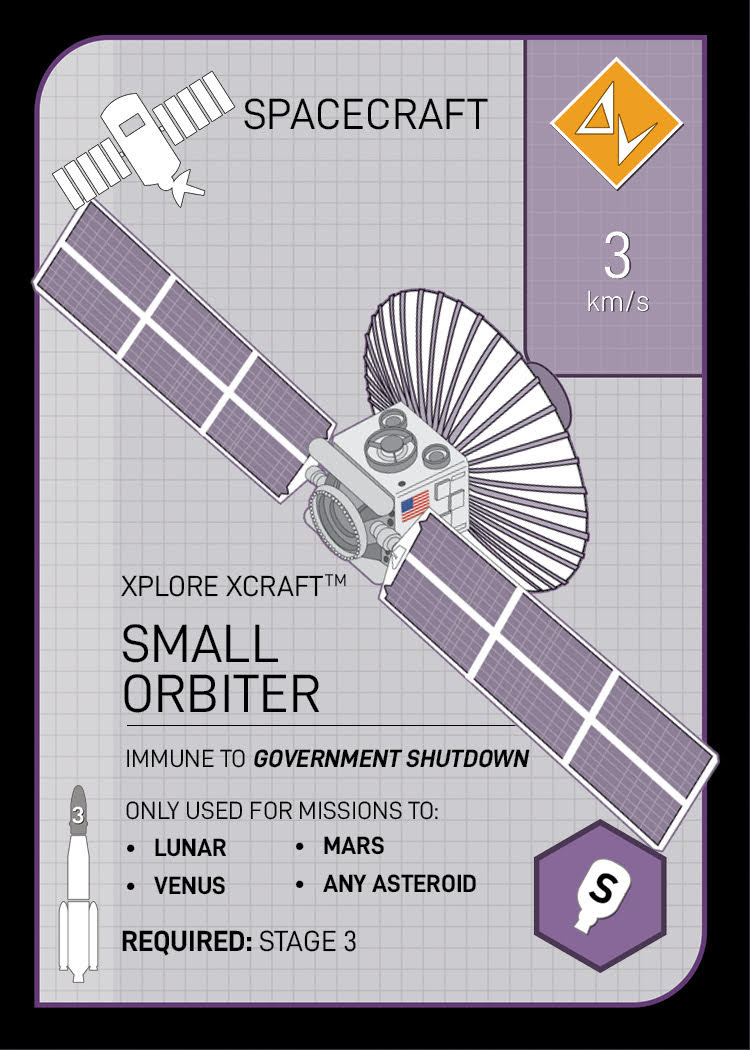 Xtronaut 2.0, a fun, multi-player game for players ages eight and up, teaches the real-world challenges of solar system exploration and educates players on how to plan missions to deep space. Xplore’s high-performance spacecraft, the XcraftTM, is a new feature in Xtronaut 2.0, which mirrors real-life space missions. Players can plan exploration missions and send the XcraftTM to the Moon, Mars, Venus, and asteroids, including Bennu, the target of NASA’s OSIRIS-REx Asteroid Sample Return mission. Spacecraft in the game can launch on SpaceX, ULA, and NASA-SLS rockets. Planetary scientist Dr. Dante Lauretta created Xtronaut with CEOMichael Lyon. Lauretta is a University of Arizona Professor and Principal Investigator for OSIRIS-REx. Lyon, while at Space Adventures, helped orchestrate the private astronaut flights for Dennis Tito and Mark Shuttleworth to the International Space Station.

We are proud to have the Xcraft™ featured in Xtronaut 2.0

Xplore founder and Chief Operating Officer Lisa Rich said, “Xtronaut 2.0 provides valuable education about space missions, builds strategic skills, and inspires players to pursue STEM careers. We are proud to have the XcraftTM featured in Xtronaut 2.0 and are delighted that our sponsorship enables us to give 120 games to the youth organization of our choice. Xplore selected The Boeing Academy for STEM Learning at The Museum of Flight to receive our gift to support their mission to enhanceeducational opportunities for young people, particularly students of color, females, and those from low income families and communities to access and pursue STEM pathways.”

Reba Gilman, Vice President of Educationfor The Museum of Flight said, “The Boeing Academy for STEM Learning at The Museum of Flight is pleased to accept Xplore’s generous gift of 120 Xtronaut 2.0 games and we look forward to distributing them among our students. Xplore aligns well with our goal of promoting STEM opportunities. They are a creative companythat thinks out-of-the box in terms of how their commercial missions to space will impact the lives of others. While scientists, universities, national space agencies, civilian space agencies, national security space agencies and others will fly with them,our students can also benefit from their missions to space.” She added, “We appreciate the leadership of Xplore’s female founder, Lisa Rich, and are thankful Xplore is giving us this positive stay-at-home activity that students will enjoy during these uncertain times.”

We are excited to include Xplore as a real-world example of next-generation missions to space... players will love this feature as it adds another layer of real-world authenticity to the game.

Dr. Dante Lauretta said: “We are excited to include Xplore as a real-world example of next-generation missions to space. Our original game allows players to fly heritage spacecraft. With Xtronaut 2.0, we have the added feature of flying the XcraftTM as a small payload with enhanced capability for missions to our solar system. Our players will love this feature as it adds another layer of real-world authenticity to the game.” He added, “We are pleased that our game will support The Museum of Flight. Xtronaut 2.0 is a constructive way for students enrolled inThe Boeing Academy for STEM Learning’s programs to expand their knowledge of the aerospace industry and encourage them to be a part of it."

Xtronaut 2.0 is currently available on Kickstarter. To obtain a copy or sponsor games to give to the youth organization of your choice, visit: https://www.kickstarter.com/projects/xtronaut/xtronaut-2?ref=discovery&term=xtronaut

Xplore is a Seattle-based commercial deep space company offering Space as a ServiceTM. Xplore provides hosted payloads, communication relay services and exclusive datasets to its customers via a fleet of networked multi-mission spacecraft.

The mission of Xplore is to expand robotic exploration via commercial XpeditionsTM at and beyond Earth, to the Moon, Mars, Venus, Lagrange Points and near-Earth asteroids in the inner solar system. Xplore provides hosted payload services for scientific instruments and technology demonstrations for national space agencies, national security agencies, sovereign space agencies and universities. Visit: https://www.xplore.com